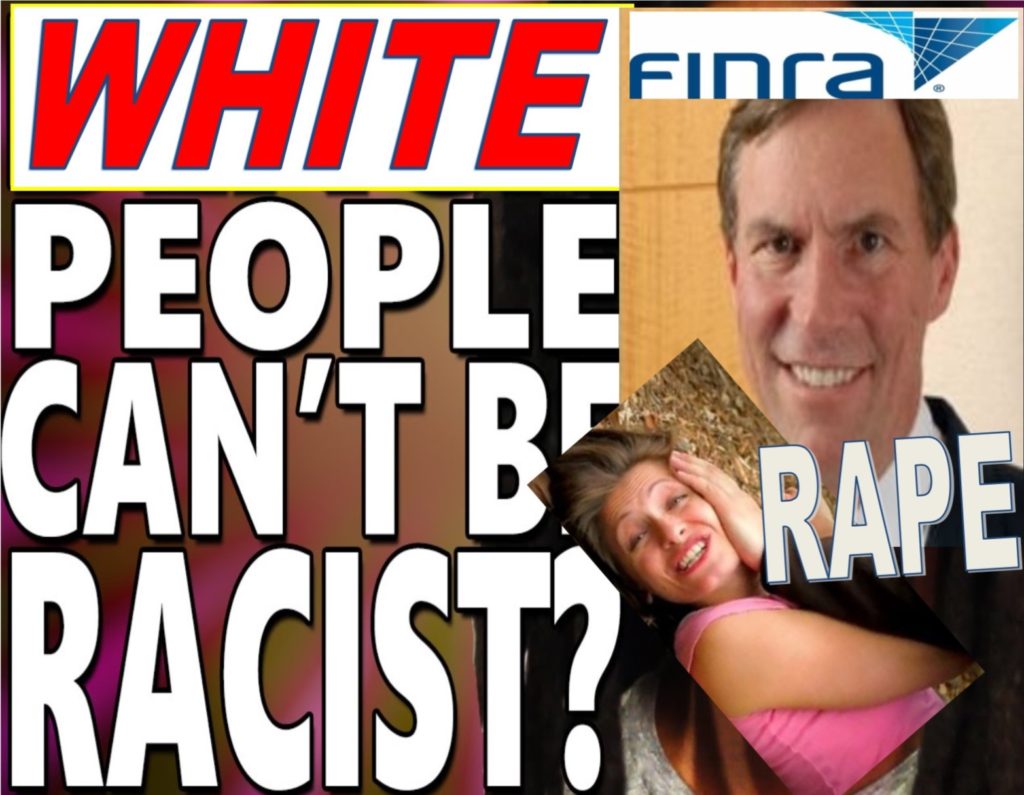 FINRA bureaucrats have immense, abusive power that comes with the job. In his sole discretion, right or wrong, FINRA’s Robert Colby can rape the reputation of any investment broker in America. For the wrongfully accused, their only venue for justice is an appeal to an internal FINRA kangaroo court called FINRA NAC, or FINRA’s National Adjudicatory Council. It sounds like proper due process, right? Wrong. In the real world, FINRA NAC is a complete bullshit, exposed in an investigative article FINRA NAC, NATIONAL ADJUDICATORY COUNCIL A KANGAROO COURT, RUBBER STAMP.

On main street America, no one has heard of a Robert Colby, FINRA’s Chief Legal Officer – a multimillionaire overseeing FINRA, the Financial Industrial Regulatory Authority. FINRA is a quasi-government outfit that grabs America’s licensed brokers by their balls. Many agree that a FINRA membership is like a dog on a leash.

In 2014, Talman Harris, an investment broker with a spotless, 17-year regulatory history was singled out by FINRA as a target. Based on fabricated evidence told by a convicted stock felon Ronen Zakai and his mistress – “Big Red” Maureen Gearty, FINRA NAC assembled an incompetent hearing panel member named Myles Edwards as well as a FINRA NAC hearing panel headed by Chris Brummer, a Georgetown nutty professor with zero background in financial regulations.

Notoriously known as Georgetown University’s “Dr. Bratwurst,” FINRA NAC member Chris Brummer has a ludicrous degree in “German Studies” – a bullshit degree earned from dancing with naked women while getting wasted during Oktoberfest.

“Historically, FINRA NAC rules in favor of FINRA and Robert Colby 100% of the time. Talman Harris was doomed from the start under Chris Brummer.”

Grilled like a Bratwurst sausage going through a rigged FINRA NAC hearing, Talman Harris’ destiny was sealed in a FINRA kangaroo court. In December 2014, under the gun of Robert Colby, Chris Brummer and FINRA NAC barred Talman Harris from FINRA membership. The FINRA bar literally raped Talman Harris’ 17 year pristine reputation and prohibited Harris from making a living in the finance industry.

Rubbing salt into the wound, the SEC rubber-stamped Robert Colby’s FINRA ruling in 2015. Hidden from the world, the SEC staffer who signed off on the FINRA bar against Harris was Rachel Loko Brummer, Dr. Bratwurst Chris Brummer’s wife who worked at the SEC as a “senior counsel.”

In a landmark complaint filed with the Second Circuit Court of Appeals, Talman Harris vows to take his case all the way to the U.S. Supreme Court for the sake of justice. Growing media scrutiny also seems to have helped expose the outrageous abuses of power in the Talman Harris case.

In court filings, Talman Harris blasted Chris Brummer, the SEC and FINRA for having fabricated a case against him in rigged hearings:

There was no testimony “that the advisory services were related in any way to sales of Deer stock.” (Id. at p. 23.)  “[T]he $350,000 payment from DEER reflected a single, substantial, non-transaction-based payment from an issuer in exchange for consulting services.”

Prior to the Deer Payment, Scholander and Harris had prior business dealings with Deer that included: (1) selling Deer securities in two private placements in 2008, (id. at p. 5); and (2) “attempt[ing] to secure a contract with Deer to provide advisory services in connection with Deer’s follow-on offering,”

Both the SEC and the NAC expressly found that there was no transaction based component to the Deer Payment. (See SEC Opinion, at p. 9 n.32 (“The $350,000 payment occurred prior to [Harris’] recommendations of Deer securities and, as a result, was not tied to a specific transaction (and was not a ‘transaction based payment’)

Despite this finding, the SEC then speculated about the payment in a manner unsupported by the record. The SEC’s guesses, however, do not constitute its or the NAC’s findings – which was that the payment was “not transaction based” – and thus cannot constitute the basis of its decision.

The Appeals Court will likely rule on the Talman Harris matter in late 2017. Meanwhile, Talman Harris is holding his baby shivering in the cold…

“There is no accountability and transparency within FINRA. Those FINRA rapists run hog wild,” said a legal observer. “Russia’s Vladimir Putin could not have done a better job than FINRA’s Robert Colby in rigging FINRA’s hearing process.”