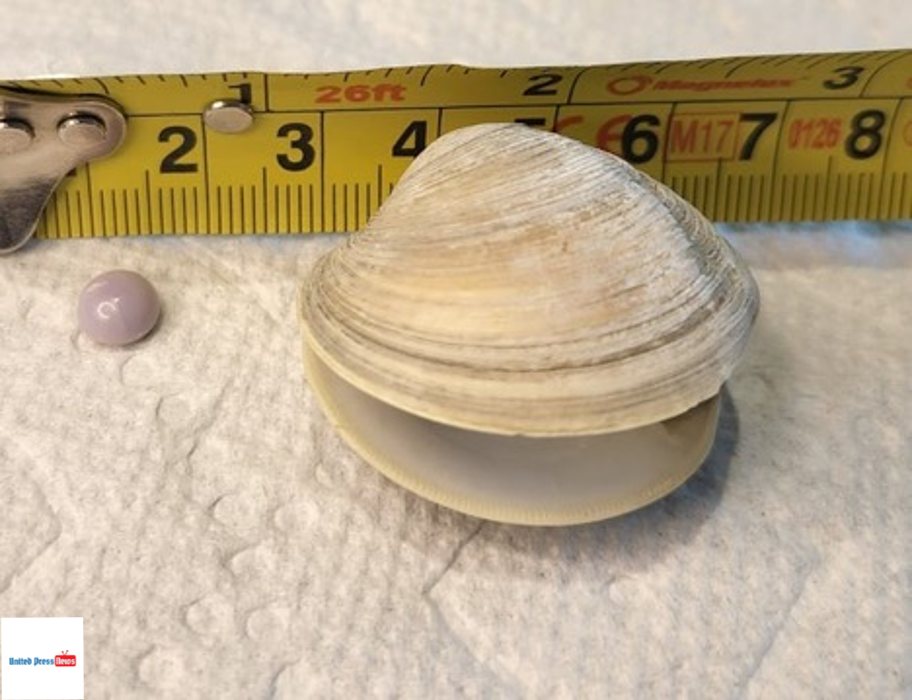 Some people really do have all the luck.  Scott Overland seems to be the latest of those lucky people on the lucky list I never seem to be on.  And he was lucky, indeed.  Overland is from Phoenixville, Pennsylvania.  But while he was on vacation, he was eating a nice meal with family at Salt Air, a restaurant in Rehoboth Beach, Delaware, last month.  Fortunately, he had an order of clams and made an unbelievable discovery, a rare purple clam that’s worth at least $4,000.

He had one $14 order of littleneck clams but almost sent it back as his wife didn’t care for the pepper garnish.  But he decided to keep the order of clams and found it well a dish that was beyond delectable.  He said, “I guess sometimes you get rewarded for not being a pain at restaurants!”  As we’ve all had occasion to experience, Overland bit into something hard and spit the object out.  It looked kind of like a purple button.  He also noticed an indentation in the clam shell, but didn’t think too much of it.

AT FIRST, HE SIMPLY DIDN’T BELIEVE IT WAS A PEARL, HE DIDN’T ORDER OYSTERS

After all, who expects to find a pearl like that having dinner?  It’s wisdom we all know to be true.  But not this time!  To be fair, Overland’s skepticism wasn’t because that was so likely.  It was because he hadn’t ordered the oysters!  He never expected to find a pearl in a clam.  But not only did he find a pearl in a clam, he found a rare, purple specimen most people haven’t even heard of.  And the numbers don’t lie.  One company that farms these clams only finds a few of these each year, out of 60-80 million clams.

But usually, that doesn’t involve a valuable find like this purple pearl.  It  involves an insurance claim at the dentist!  Overland is lucky twice over!